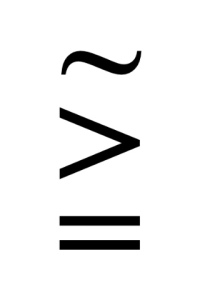 Aristotle has some interesting things to say about society and man as a social animal. In summary, man is by nature social. Intelligence and virtue are our best qualities. And, justice is the minimum common bond which keeps us from savagery.

The state is by nature clearly prior to the family and to the individual, since the whole is of necessity prior to the part; for example, if the whole body be destroyed, there will be no foot or hand.

The proof that the state is a creation of nature and prior to the individual is that the individual, when isolated, is not self-sufficing; and therefore he is like a part in relation to the whole. He who is unable to live in society, or who has no need because he is sufficient for himself, must be either a beast or a god: he is no part of a state.

A social instinct is implanted in all men by nature. For man, when perfected, is the best of animals, but, when separated from law and justice, he is the worst of all; since he is equipped at birth with arms, meant to be used by intelligence and virtue, which he may use for the worst ends.

Wherefore, if he have not virtue, he is the most unholy and the most savage of animals, and the most full of lust and gluttony. Justice is the bond of men in states, for the administration of justice, which is the determination of what is just, is the principle of order in political society.

Aristotle also makes the same case for moderation and the ‘golden mean’ in social structures which he makes at the personal level in his Nicomanichean Ethics. In Book IV Part XI of ‘Politics‘ the unlikely heroes of the Aristotelian state are the oft underappreciated middle classes.

In all states there are three elements: one class is very rich, another very poor and a third in a mean. Moderation and the mean are best, and therefore it will clearly be best to possess the gifts of fortune in moderation. But he who greatly excels in beauty, strength, birth, or wealth, or on the other hand who is very poor, or very weak, or very much disgraced, finds it difficult to follow rational principle.

Those who have too much of the goods of fortune, strength, wealth, friends, and the like, are neither willing nor able to submit to authority. The evil begins at home; for when they are boys, by reason of the luxury in which they are brought up, they never learn, even at school, the habit of obedience. On the other hand, the very poor, who are in the opposite extreme, are too degraded. So that the one class cannot obey, and can only rule despotically; the other knows not how to command and must be ruled like slaves.

Thus arises a city, not of freemen, but of masters and slaves, the one despising, the other envying; and nothing can be more fatal to friendship and good fellowship in states than this: for good fellowship springs from friendship; when men are at enmity with one another, they would rather not even share the same path. But a city ought to be composed, as far as possible, of equals and similars; and these are generally the middle classes.

It is manifest that the best political community is formed by citizens of the middle class, and that those states are likely to be well administered in which the middle class is large, and stronger if possible than both the other classes, or at any rate than either singly; for the addition of a middle class turns the scale, and prevents either of the extremes from being dominant. Great then is the good fortune of a state in which the citizens have a moderate and sufficient property.

The case for fairness and equality at the heart of good governance in 350BC. We can lament the absence of women, the somewhat florid descriptors and the injunction that the ‘degraded’ poor can only be ruled like slaves. But… justice, more ‘equals and similars’, citizens bound by ‘good fellowship’ and fewer rich and poor strikes me as a pretty good prescription for the city, the state and the workplace.

A pious hope maybe, and Aristotle explores a book full of less ideal alternatives. But just because it’s idealistic doesn’t mean it’s wrong. As Herbert McCabe points out in ‘On Aquinas: ‘There is a fashion at the moment among those who believe in the market economy for what Aristotle would regard as treating citizens as though they were foreigners’.

Perhaps if we were fractionally less worried about conspicuous consumption, salary and status we might get closer to Aristotle’s ideal polis. But fellow-feeling is more than sharing the spoils. It’s also a state of mind. Citizenship, like friendship, requires us to think of other people as fellow ‘ends’, not just means to our own ends. Here’s to more ‘equals and similars’.