Turns out dopamine isn’t what I thought it was… I thought I was a simple lab rat seeking sugar solution with my many pastimes.

But it turns out dopamine is a motivator not a reward… Dopamine is the itch not the scratch; and that’s why it’s so motivating.

Here’s what Wikipedia has to say:

In popular culture and media, dopamine is usually seen as the main chemical of pleasure, but the current opinion in pharmacology is that dopamine instead confers motivational salience; in other words, dopamine signals the perceived motivational prominence (i.e., the desirability or aversiveness) of an outcome, which in turn propels the organism’s behavior toward or away from achieving that outcome.

And thus dopamine doesn’t bring satisfaction. In fact, I’ve discovered, the opposite – the more you scratch the more it itches. Dopamine powers learning and curiosity; and seems to reward it. But once you’re in a dopamine cycle it just itches and itches and itches.

It’s dopamine which powers all addictions: drugs, gambling and alcohol most notably. But it also fuels any form of compulsive behaviour; wherever your subconscious tells you you need to “feed your need” from marathon running to marathon eating, dopamine is urging you on. 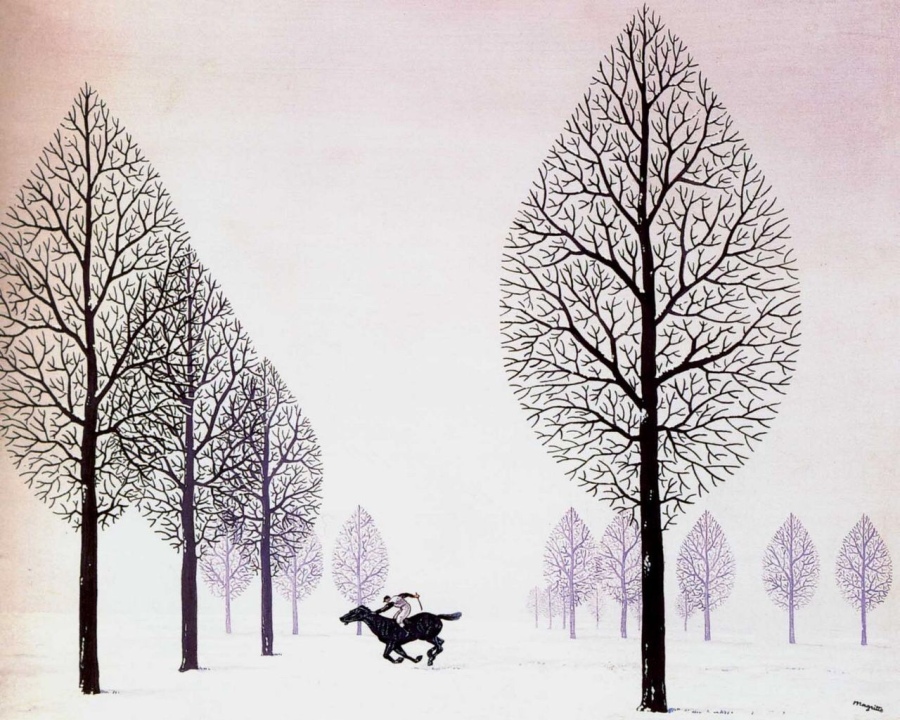 I’ve been chasing dopamine; instead of letting life be its own reward. 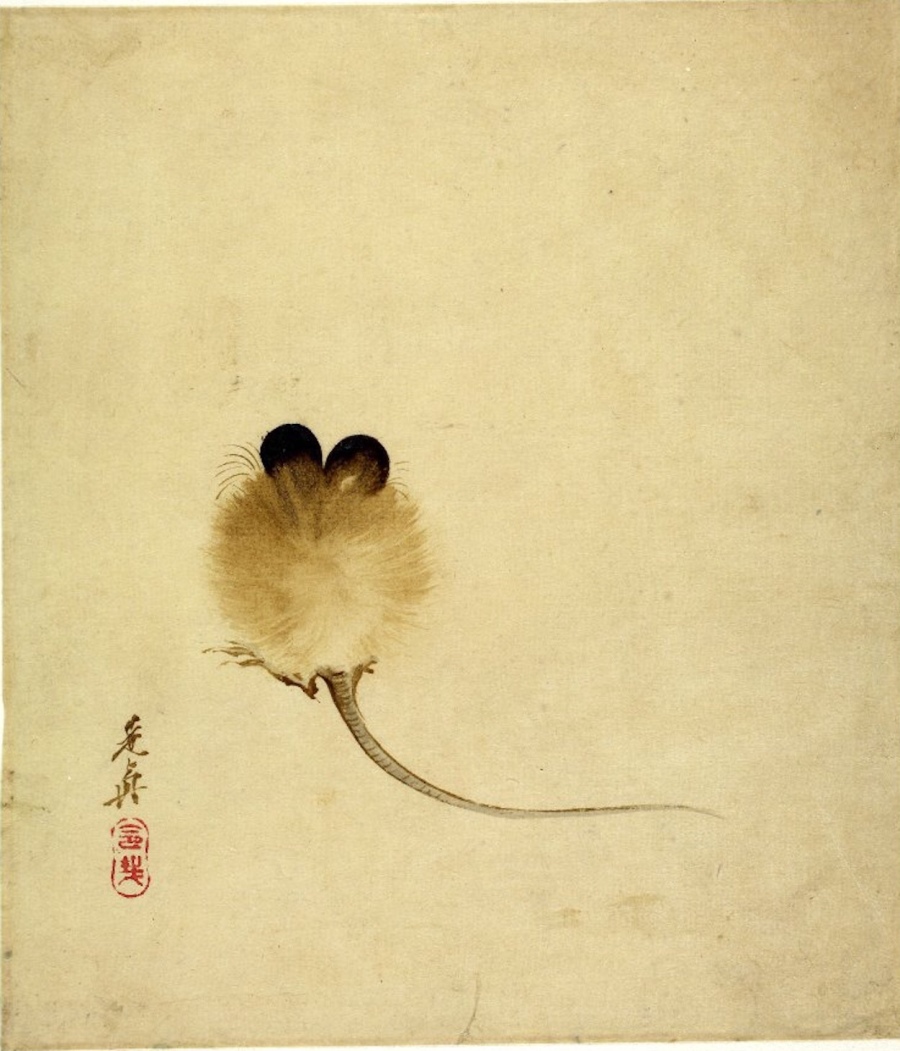 Has anyone else in the entire world got a playlist with Tom Jones, Vic Reeves, The Bee Gees, Bass-O-Matic and The Skids in it?

But that’s the joy of Spotify – it learns what you like.

Every Monday the ‘Discover Weekly’ playlist serves up more songs like the ones I’ve ‘liked’ before, and the number and variety of my ‘Happy Tracks’ just gets bigger and bigger.

It has become a standing joke in the car with the kids; my Happy Tracks are frequently unlistenable to younger ears. But they get me toe tapping and steering wheel slapping.

Of course there must be a natural limit – I’m up to 504 songs now in less than a year – and growing steadily. Plus we know that learning algorithms drive ads, monetisation and ‘fake news’.

My original Happy Tracks were assembled by me – now a computer does it. That can’t be all good.

But sometimes you just have to know when you’re beat. Months ago I bought a book on computer science and algorithms to see if I could do exactly this: train an algorithm to serve up my taste in music, art and writing… And then I realised that’s exactly what search engines and social media firms are doing… doh!

Still you can’t be too happy. And Happy Tracks simply puts me in a better mood every time I put my headphones on.

So here’s to artificial intelligence – and stupidity – because Spotify is smart enough to come up with enough duds to kid me I still have superior taste! 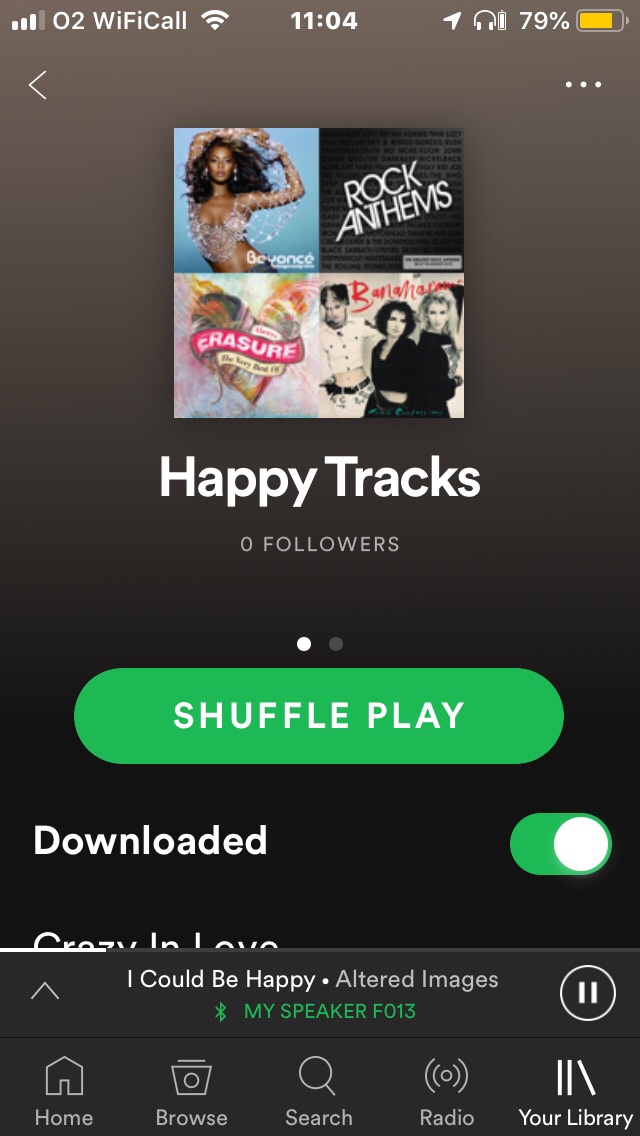 The first autumnal day of the year – rain tippling down. What to do..?

A fridge and freezer full of forgotten and forlorn ingredients; and no major jobs or responsibilities to see to…

Aubergine curry in the fridge for tomorrow’s lunch

Chorizo Chachouka in the freezer

A half decent Bolognaise on the table for the family

And a failed Indian cooled carrot salad in the bin… still, learned from my mistake!

Happy days – I haven’t had a day in the kitchen since we moved house.

There’s no better way to spend a rainy Sunday than cookin’ up a storm! 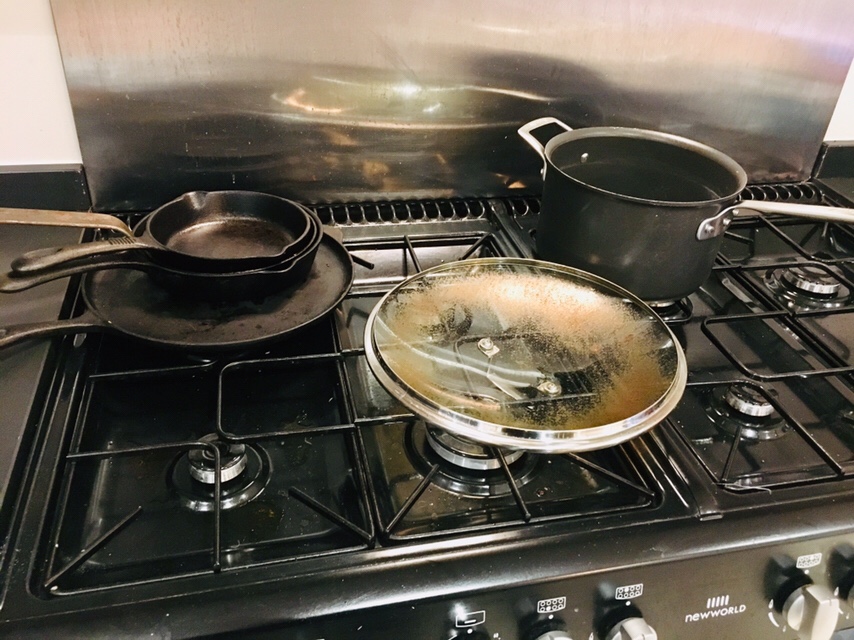 Having codified it three years ago, I amply proved the central premise of relevantcomplexity.com:

“But then, subtly and imperceptibly, sometimes even the things we once enjoyed the most, tail off into familiarity, boredom and ennui.”

I got bored of it. 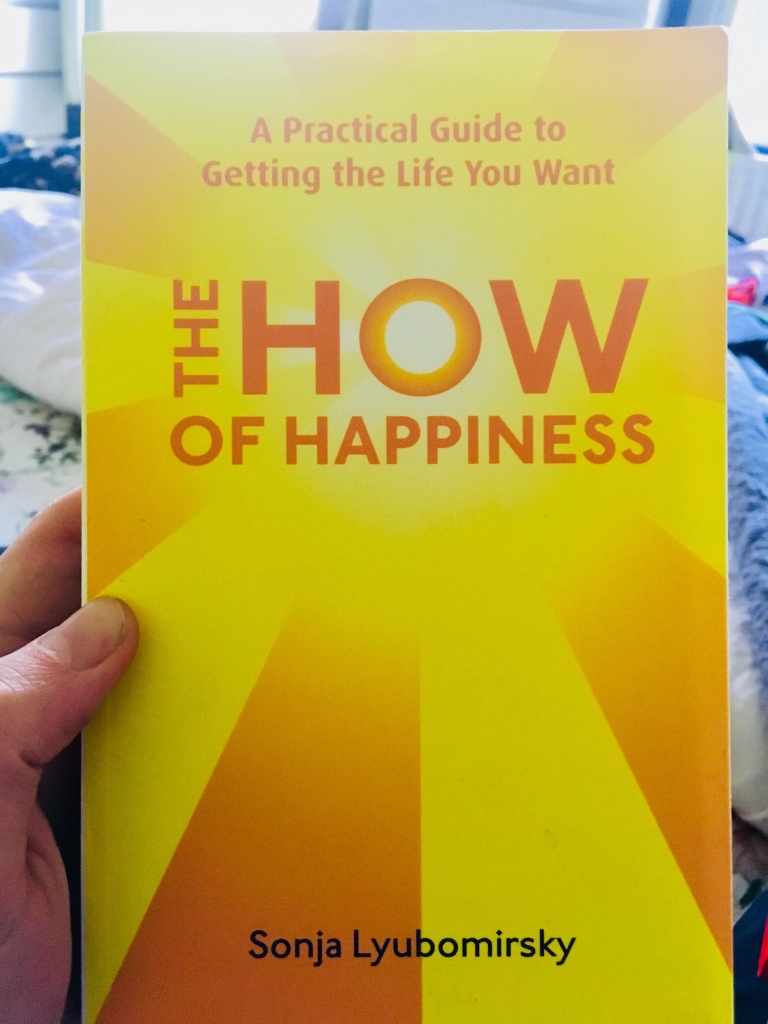 Thanks goodness for Sonja Lyubomorsky… in the ‘How of Happiness‘ (which is also a website here) she sets out compelling evidence for two things which have really helped me this winter:

1) Hedonic Adaptation: pretty much anything which happens in your life – house move, significant gain or loss, any purchase from car to Concorde – you will have adapted to within three months; and then very importantly…

But now I’m back! The secret? Dice… 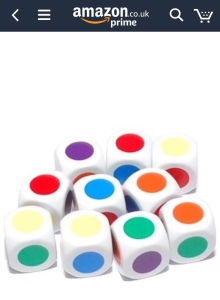 As Sonja Lyubomirsky sets out, the key is to trick yourself. So now I have dice and lists. When I’m pottering in the kitchen: the dice decide whether I’ll listen to a podcast, an audio book, the news in Italian, classical music, 80s hits, footie or talk radio. And each time I get bored; simple – roll again.

Similarly in a morning instead of fighting the randomness of which bus arrives first (and it’s never the one I want) I’m just hopping on. Make some progress, watch the world go by and change where there are more options. Embracing – even imposing – randomness seems to brighten up both me and my day. And it has certainly got me back doing the Relevant Complexity thing again.

But I’m not kidding myself… I’ve got three months before I have to come up with something new; you can’t cheat Hedonic Adaptation and your Happiness Set Point for long!

A book I’m currently reading urges us to think of ‘fear’ as the mental equivalent of physical ‘pain’.

On one level they’re the things we want to most avoid; but looked at another way they are just simple signalling mechanisms. Pain is the body’s only way to draw our attention to a problem. Fear is the mind’s.

This opens up the possibility of a different approach to fear. Not do everything to avoid it; but objectively acknowledge it, accept it and maybe sometimes push through it…

The idea is that fear is just the psyche’s way of signalling boundaries to us – which is very much the same role pain plays in the body. They are both acutely and finely tuned signalling mechanisms.

Just like a burnt finger keeps us off hot kettles; so fear keeps us away from scary situations. But as a very experienced sports coach told me at work – strength is built by how you recover.

So the idea is to recognise when fear is signalling a boundary and just feel it – don’t fear it. And if it still seems like a good thing to do, push through that fear a bit.

I can’t say I’m quite there on this one yet. Stuff you don’t know how to do, can’t control or which could go very wrong still seems pretty scary to me. But if you accept it’s always going to feel scary, that calms the troubled waters a good deal.

Well if you accept fear is often just a signal of the new and the unknown – and that variety is the spice of life – then trying new things and meeting new people are indeed things one might fear; but they’re not things to avoid…

To test my thesis I’m going paddle boarding this week on holidays: a thing I don’t know how to do, with the risk of humiliation and getting wet, for the first time, all on my own, with a lesson from someone I’ve never met.

Exactly what I’d generally avoid – so here’s to giving it go!

I've had 'bouldering' on my to do list for a while.

Not even sure what it was, I thought it was some kind of paddling through streams, clambering on boulders thingy. And that seemed like a good 'Dad and Daughter' activity – following clambering about in trees last Christmas holidays.

So I googled it – and it turns out it's not quite that. It's low level free climbing without ropes; and what great fun it has turned out to be…

Climbing shoes tightly on, we've been three times now; and have tackled 'slabs', overhangs, bulges and 'volumes'… with a bit of traversing yesterday to boot.

The indoor walls we've found are generally full of cheerful, lean, taughtly-muscled young folk – but they're all very encouraging and just seem happy that you share their interest.

It certainly tests the muscles though! And even though you don't get that high, it's high enough to test the nerves a bit too.

What a lovely little world we've discovered – in an old disused biscuit factory (of all things) which has found a new life.

Bouldering is a keeper. There's no better place to hang out for an hour at the weekend.

Some weeks ago I started to notice blobs of candy-pink sludge in the bottom of cups… The outbreak spread to larger food containers, before regularly plaguing all three sinks in the house…

Then my shaving foam started moving about. Tackling my eldest, she was concocting slimes. With a bit of huff and puff on the messes she was leaving, I left it and moved on.

It transpires cans of Airwick 6-in-1 are the last source of ‘Borax’ left in the European Union. It was banned in cleaning products a few years back; and borax is the indispensable companion to PVA glue in the slime makers art. 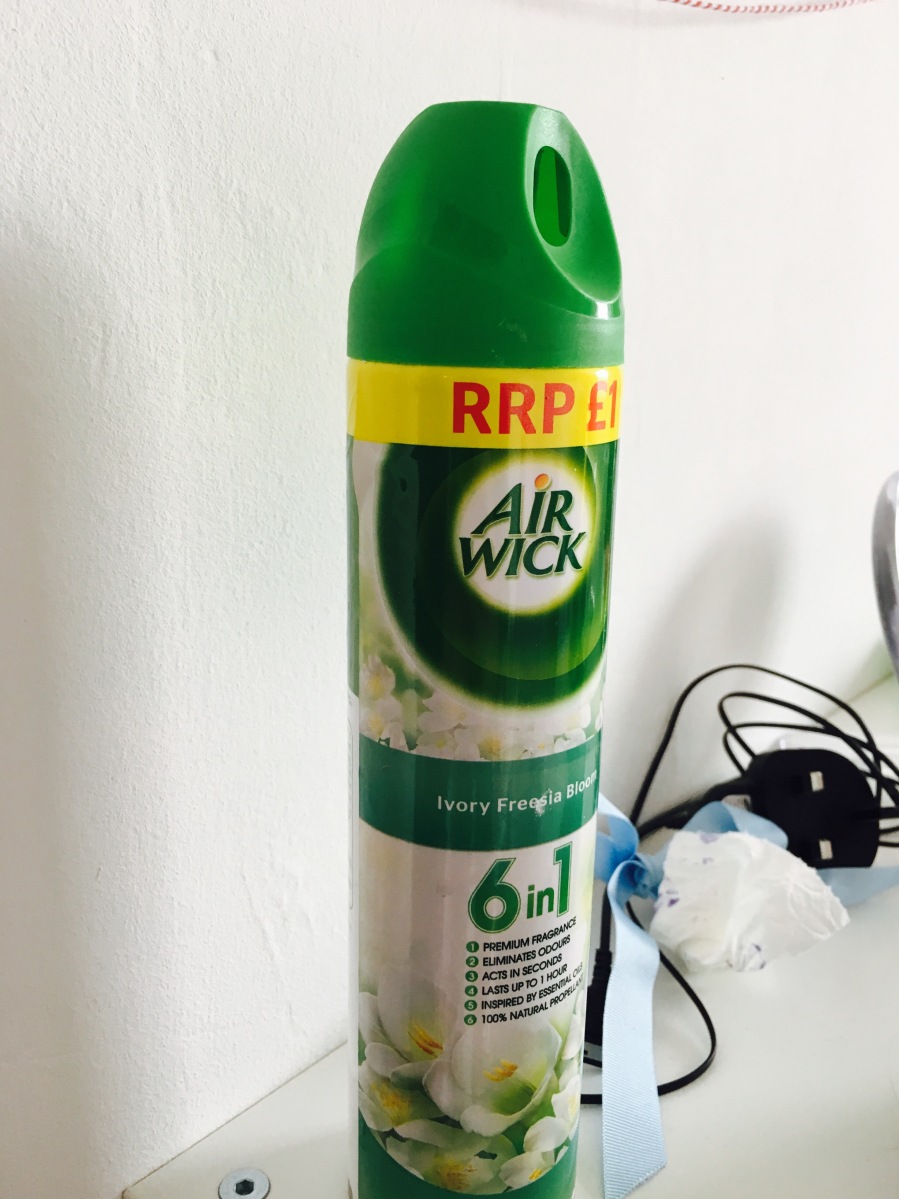 She and I had a rewarding if ultimately costly and unsuccessful weekend down the seaside Pound Shops – trying to find an alternative to Airwick. But we did find some handy pots – and the following week two types of slime hit the underground school slime market at 50p and £1.

So I googled borax again – not least since all of us had developed a splitting headache from the fragranced fug in the kitchen and found… Kershaw’s Traditional Laundry Starch!

No fug, no headaches and the slime maker is back at work – now the only psst is my shaving foam being expertly worked into a particular variant. We have styrofoam balls and glitter on the way for ‘crunchy’ and ‘sparkly’ to add to the range.

I said last weekend watching her at work: “It’s great you’ve found a passion, Honey.” She said “It’s not a passion Dad, its just fun.” And indeed it is… I took a particularly excellent slime in to work this week, which delighted two of my colleagues; reminding them of ‘potions’ and ‘flubber’ from their childhoods.

Simple pleasures, and sharing an interest with your kids and colleagues; is there any better combination?