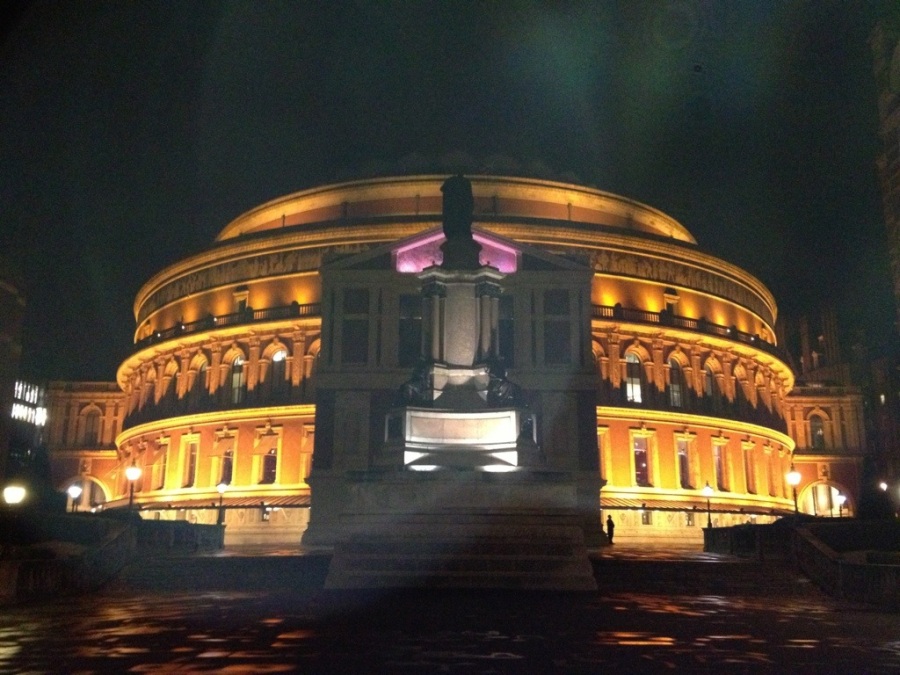 Months back – having discovered ‘relevant complexity’ in Saint Saëns Organ Symphony no 3 – I booked two tickets for the Royal Albert Hall.

After a long old week, neither me or the missus fancied it much. I tried to offload the tickets to my folks – nothing doing. So I asked my daughter if she wanted to go? ‘Why yes’ she said brightly.

Pace 6pm. And smartly dressed, armed with a bag of sweets, we set off. After a nice vanilla ice, we took our seats and had a good look at the splendid scene. Huge dome, red plush, gold fittings – and the enormous great organ which massively towers at one end of the Royal Albert Hall.

We reckoned that organ was about the size of our house; the illuminated organ ‘loft’ about the size of her bedroom. But a good deal tidier I pointed out to her; and a good job too or the organist would never find his music. She was not amused.

Then lights down, orchestra in, conductor up and away we went. Berlioz to get the players warmed up, then onto Saint Saëns. But my little one was nodding. A pale face, tired eyes, fiddling with her little shoulder purse – she was knackered.

And her eyes gently closed and she was asleep. Moments later BAHHHM! And the roof of the Albert Hall nearly blew off. Her eyes snapped open. ‘That’s the organ’ I said.

She stared wide eyed. And then the lead in her eyelids weighed them down again. And silently she slept through one of the loudest crescendos – on one of the largest organs in the world. Just a twitch of her brow at the final booming finale which made your tripes vibrate.

Proud of her. She did great. A memorable night out and a good chuckle. We were both shattered. But sometimes you have to dig deep to get the best from life. A night out with my big brave girl was a performance I’ll remember forever. 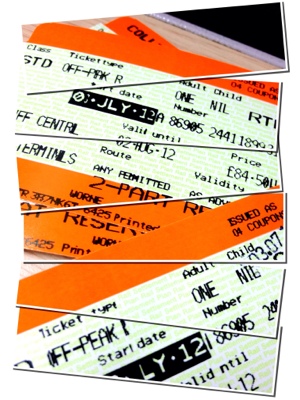 Bejesus it’s hard work not to be bothered by folk on public transport. Keeping sane on a packed train is a formidable test of the mind. As a friend pointed out, its all just sensory data. But we are hardwired to react.

My virtual friend Rohan – on his Buddhify meditation App – describes travel as pulling your attention all over the place. And my consciousness is being jolted and jostled as we begin to rattle along.

The respectable older lady next to me is assailing me with her ageing Burger King and fries. What’s she doing eating that? Then there’s a sweaty backpacker attempting to impress his girlfriend with mild boorishness. Ah the naiveté of young love. And of my own choosing – in a desperate attempt to block them out – Saint Saëns Symphony no 3 in my headphones.

Saint Saëns has it by a nose. But the fries are fighting hard up my nostrils. The carriage strip lighting is pretty penetrating too. It’s a good test of whether I can rest.

But the right classical music, at the right time is a lifesaver, I increasingly discover with the passing of the years. If in doubt, screen it out with a decent bit of orchestral – now there’s something I’d never have thought I’d say 20 years ago. Music maestro please.

For the second time in as many weeks, my testy mood has been dramatically improved by the prompt application of ‘relevant complexity’. Taken to the point of some irritation by relentlessly noisy and restless kids, a dose of classical music in the ear lifted my humour immensely.

Above the fracas, I found solace – iPod on – listening to a collection of classical greats on ‘shuffle’ mode. One came on I ‘kind of’ recognised, but suddenly found myself very much liking. So I googled it – it is Saint-Saens Symphony No 3; aka his ‘Organ’ symphony.

Pursuing my quarry, I googled Saint-Saens. Poor man. Recognised as a prodigy and polymath, he is damned with the faint praise of ‘not having up with anything genuinely new’. Just a synthesiser of the best of others and somewhat ‘derivative’. Oh dear.

I was briefly tempted to back off him. But I enjoyed his ‘Carnival of the Animals’ – at the wobbly performance in which my daughter was a ‘balletic bird’ last year. So I stiffened my resolve: ‘So what if he wasn’t original’, he’s improved my Sunday mood, so let’s stick with him.

Next stop a classical music website to see which of the myriad versions of Symphony No 3 on iTunes might be worth a few quid. Who? Er who else but Charles Munch, of course, composing the Boston Symphony Orchestra in 1957. Fat chance of finding that, I thought. But sure enough – and not too pricey – the original RCA recording is in the iTunes store. So I bought it.

First major shock – it crackles throughout. Clearly recorded on vinyl, it’s a thumping rendition, but it crackles and pops like our old wooden Marconi record player once did. Bit of a shock to the ‘Digitally remastered’ system, but I warmed to it. RCA really should buy a new record deck though.

Next I googled the ‘story’ behind the composition and instead stumbled across a full length video of a US college orchestra playing it. So I had a watch…

By now an aficionado of Symphony No 3, I know: it should not be shorter than 35 minutes, nor exceed 40. The best bit, from whence the organ magisterially enters the stage, is about 7 1/2 to 8 minutes from the end.

And watching it on my iPhone I discovered an innovative thing Saint-Saens does get some credit for – some cutting-edge ‘four handed’ piano playing. The beautiful tinkly piano which follows the organ is achieved by two people playing the same ‘old Joanna’ at once. Stunning.

Not since my son’s favourite – Tom and Jerry playing Edvard Grieg – have so many fingers simultaneously tinkled the ivories in our house. He made me chuckle by recognising Grieg’s Piano Concerto in A minor the other week, announcing – ‘That’s Tom and Jerry!’

So there you have it. From irritation through initiation to ‘relevant complexity’ in less than a day, with some of Csikszentmihalyi’s ‘flow’ en route and even some ‘concerted cultivation’ via Tom and Jerry. The ‘adjacent possible’ is now a trip to the Royal Albert Hall to enjoy Saint-Saens live – or even better Tom and Jerry.

Perhaps for the first time I ‘get’ classical music. Myriad, sounds, stories, instruments, conductors, orchestras, halls, versions, performances and emotions – never mind composers – all brought to life in truly ‘relevant complexity’. No wonder it took my mind off things.