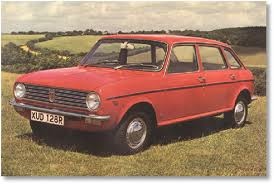 I’m certainly not a morning person. Like a British Leyland car of the 1970s (of which we had a few) I start reluctantly with several turns of the key, a lot of choke and a deep shudder. My son is a bit the same, newer bodywork, same starter-motor.

Not so my daughter. She is, in the manner of modern connected devices, ‘always on’. I honestly think I can count on the fingers of one hand the number of occasions I’ve seen her wake-up in the morning. I’m usually conked out and woken by her pretty bright eyes staring in my face at 6.30am, herself having already been awake and busy for at least half an hour.

Unusual then to catch her waking, as I did this morning. Back from camping (again) yesterday she was clearly in need of a slightly longer beauty sleep. I was woken by my son and we went to find her. There she was, sprawled elegantly across her bunk bed, tresses scattered across the pillow – fast asleep. But only for a moment.

Sensing motion in her vicinity, her eyes blinked wide open. She immediately sat bolt upright and, without pausing for a breath, began talking instantly. “It’s (her friend) Uma’s birthday today, now we’re exactly the same age!” she chimed. And the babbling brook of her, temporarily interrupted, stream of consciousness immediately began to flow again. Spectacular.

I can but marvel at how her morning workings can be so different from mine. She, precision clockwork, me an Austin Maxi. Another day begins.