After a full (and indeed a fulfilling) schedule of festive feasts and gatherings; the final set piece hoves into view – the big one: New Year’s Eve…

Classically the ‘bridge too far’, I usually approach New Year’s Eve with a heavy heart and a bulging acid stomach. But not this year!

Perhaps in part thanks to Josef Pieper and St Thomas Aquinas. 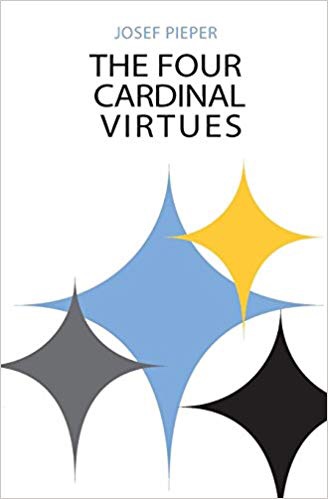 Last night I finished ‘The Four Cardinal Virtues’ and found myself reflecting on temperantia which Wikipedia has thus:

Temperance is defined as moderation or voluntary self-restraint. It is typically described in terms of what an individual voluntarily refrains from doing.

But not for Josef Pieper, who offers a typically full blooded rebuttal of this ‘modern’ interpretation:

The meaning of “temperance” has dwindled miserably to the crude significance of “temperateness in eating and drinking.” We may add that this term is applied chiefly, if not exclusively, to the designation of mere quantity, just as “intemperance” seems to indicate only excess.

Needless to say, “temperance” limited to this meaning cannot even remotely hint at the true nature of temperantia, to say nothing of expressing its full content.

Temperantia has a wider significance and a higher rank: it is a cardinal virtue, one of the four hinges on which swings the gate of life.

Discipline, moderation, chastity, do not in themselves constitute the perfection of man. By preserving and defending order in man himself, temperantia creates the indispensable prerequisite for both the realization of actual good and the actual movement of man toward his goal.

Which kinda makes sense. So what of the gustatory arts? St Augustine offers a very reasonable take:

It is a matter of indifference what or how much a man eats, provided the welfare of those with whom he is associated, his own welfare and the requirements of health be not disregarded; what matters is just one thing, namely, the ease and cheerfulness of heart with which he is able to renounce food if necessity or moral obligation require it.

To which Thomas Aquinas adds pithily.

To oppress one’s body by exaggerated fasting and vigils is like bringing stolen goods as a sacrificial offering.

If one knowingly abstained from wine to the point of oppressing nature seriously, he would not be free of guilt;”

After all as Pieper points out, the Bible says:

Because it transpires, the whole point of temperantia is to keep heart and soul happy and healthy – no more and no less. For as Pieper warns:

All discipline… bears in itself the constant danger of the loss of self-detachment, and of a change into self-righteousness, which draws from its ascetic “achievements” the profit of a solid self-admiration.

And we wouldn’t want that on New Year’s Eve, would we?

Instead, having eaten, drunk and been adequately merry (and stayed on the right side of 11 stone this Xmas) I’ll follow Pieper’s advice and crank out another evening of hilaritas mentis – namely: cheerfulness of heart.