Sitting in the car singing along, I’m reminded to be eternally grateful for one of Chris Croft’s top tips from the Big Book of Happiness: get yourself a playlist of ‘Happy Tracks’.

Quite simply these are pieces of music which always make you happy. I’ve been building and editing mine for a year; and it’s the gift that keeps on giving.

From Sinatra to Leadbelly, Beyoncé to Chumbawumba, Finlandia to Bach; I’ve got every genre. Some came from the radio, some from Spotify – one I was reminded of over a supermarket tannoy…

But wherever I am: standing crushed by the stairs on a fully loaded bus, schlepping across a windswept Waterloo Bridge or bowling along on a Santander bike; ‘Happy Tracks’ reliably puts me on top of the world. 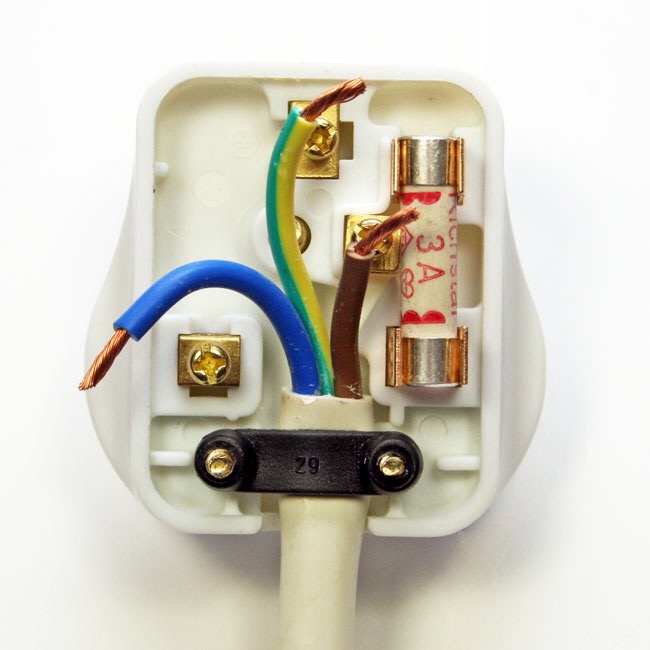 Talking to a nice person at work this week, as we descended several flights of stairs; she said:

"Yes John, but you're about the most positive person I've ever met."

I nearly tripped and fell down the remaining stairs… As I subsequently texted to one of my finest friends: 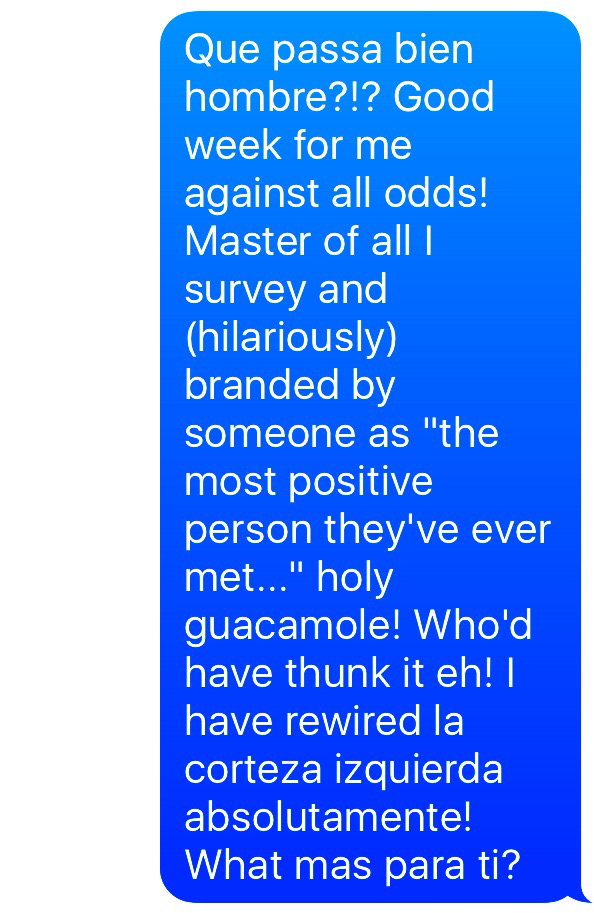 And a good week it has indeed been – against all the odds!

Which goes to show why being more positive and following my new motto: trust the universe to provide an answer – is a goodie.

Still, another marvellous former colleague of mine (now working in a real zoo; not just a human one) offered an even better motto to end the week…

After some months of high emotion, major change, turbulence and anxiety; this morning I woke up knackered – but at peace.

My other half greeted me, observing I looked like ‘death warmed up’; sleepy, unshaven and generally out of it as I staggered into kitchen. True, but that wasn’t the point….

Some minutes later: accompanied by a nice piece of classical music, porridge on the boil; duck ramen, a bunch of flowers and a trip to Sainsburys in my plans – normal service has resumed.

Not that ‘change’ is done. More that it’s here to stay and be lived with. There’s a stack on at work, the kids are growing faster than feels comfortable, and we’re none of us getting any younger…

But yesterday for half term, my smart cookie of a daughter and I toured the architectural wonders of my new workplace, two museums, Chinatown, saw Giacometti sculptures, bought books and ate Japanese.

Perhaps that’s what’s fixed me. I don’t feel rattled, restless or anxious – for the first time in weeks. I just am. And she’s nearly finished munching a ham and cheese croissant in front of me now, so back to it.

After too many months under an oppressive cloud, it’s all come right in the last two weeks.

During a perfect family holiday last week, the sun never set. It even shone as I rolled our usually sodden tent – this time blissfully dry – back into its bag.

This week, I returned to masses of opportunity with TV, radio and print, change at the top and a super trip to speak at and see a successful Glasgow 2014 – it’s all good.

But perhaps best of all, I’ve rediscovered a smile. Walking out of the cinema this afternoon with the boy and the missus, I gave the ticket man a big grin and a cheery “Thank you”. In return I got not one, but a spontaneous double thumbs up! Smile and the world smiles with you.

It feels good to be out from under the the last few months. And to be smiling again in the summer sun.