From multiple sources and stimuli this week, a penny has dropped… as Franklin D. Roosevelt famously said one of the biggest things we fear is fear itself;

There’s a name and a proper medical definition for it: phobophobia. But there’s also a bit of chicken and egg about all this: which comes first – the feeling or the thought?

As a person who spends a lot of time in my own head, I’d concluded it was often the ‘thought’ that comes first. I’d assumed for a lot of things it’s thoughts which gets the fear cycle going; thinking of something going wrong or that could be painful, embarrassing, poverty-inducing or lethal for example. But now I’m not so sure…

A combo of a bit of mindfulness, and some very helpful prompting from someone posing the question – “Where do thoughts come from?” has had me pondering.

Lots of great thinkers suggest otherwise. Aristotle and Aquinas had us down as composites of flesh and blood and mind – and far closer to animals than pure ‘spirit’.

So back to the question I’ve been asked: “Where are the thoughts coming from?”

The short answer is I’m not entirely sure; but what is increasingly clear is they are not all coming from my Cartesian ‘conscious’ mind. Lots of them come unbidden. They ‘well up’ from the subconscious. And today I caught one ‘popping up’ from a place of pure feelings…

You have to be soooo fast to catch the mind. It’s like running a precision scientific experiment, it’s all in the milliseconds… But, while cheffing up a beetroot curry this lunchtime – from nowhere I had a vague generalised sense of anxiety – and a millisecond later a thought popped up to help me explain it. And immediately the two become one and the thought becomes the ‘source’ of the anxiety.

But it wasn’t. I simply concentrated on the feeling – and both went away. There is no reason to believe the specific ‘thought’ I had was anything to do with the general feeling of anxiety. I was ‘feeling’ anxious that my precious Sunday was half over – but the ‘thought’ was about a specific work-related problem I’ll be back to facing on Monday. Related but independent. Correlated but not causally connected…

What if the arrow of causation is the other way around… what if most or all of my thoughts are triggered by feelings… two books I’m reading suggest there’s something in this.

The first, ‘Why Buddhism is true’ by Robert Wright, points out that our emotions and perceptions were shaped by natural selection – not to be accurate, but to spread our genes.

All emotions and feelings, Wright points out, basically come from the same thing an amoeba has – a primordial urge to ‘approach’ or ‘avoid’. Our fancy mental apparatus can post-hoc rationalise it all, and give them more subtle and sophisticated names; but they are just differently packaged composites of approach/avoid.

The second ingredient comes from ‘The Power of Negative Emotion’ by Robert Biswas-Diener and Todd Kashdan.

Their argument is we need negative emotions not least to spur us into action.

Richard Wright’s point is that natural selection deliberately keeps us anxious; Biswas-Diener and Kashdan advise us to embrace and use that.

So today I slightly changed a mantra I have in one of my many lists of ‘things to remember’. It was:

Avoid fear as a motivator

And now I’ve changed it to:

Accept fear is a motivator

And why? Simply because it is; fear is a motivator, and avoiding it means avoiding pretty much everything.

The limbic system is way more powerful than conscious thought as a motivator – it has been keeping ‘all creatures great and small’ safe for hundreds of millions of years.

There’s no point trying to avoid fear, you just have to feel it; and then do something about it. 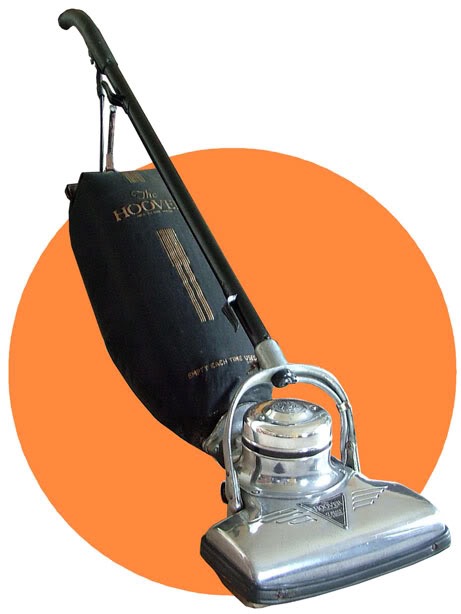 I knew this (or at least I kind of did) but a line in a book has recently kept it on my mind… ‘Mood’ is more a matter of biochemistry than anything else.

In the right mood everything is possible: ingenuity, problem-solving, creativity and joy. In the wrong mood, it’s all too much; all too hard and nothing can be done.

Win the lottery, lose your job, whatever happens most people’s underlying ‘mood’ ticks along remarkably unaffected; so long as you let it. Apparently only bereavement really affects mood for extended periods. It seems we can’t short circuit grief.

So ‘mood’ in fact, is not really about how happy, fulfilled, successful, busy or creative we are. It’s about noradrenaline, serotonin, cortisol and melatonin. These operate in an internal chemistry set, controlled by the limbic system – which is pretty much the same as in a bear, a monkey, a cat or a dog.

The limbic system is very resilient, very effective and very old – crocodiles have one. But it needs looking after. Apparently if you stress it to much, it chemically crashes and puts you into a state of hibernation. Literally.

My book says the physiological symptoms of stress-related depressive illness are best understood, as exactly what happens in a bear’s body when it prepares for hibernation… 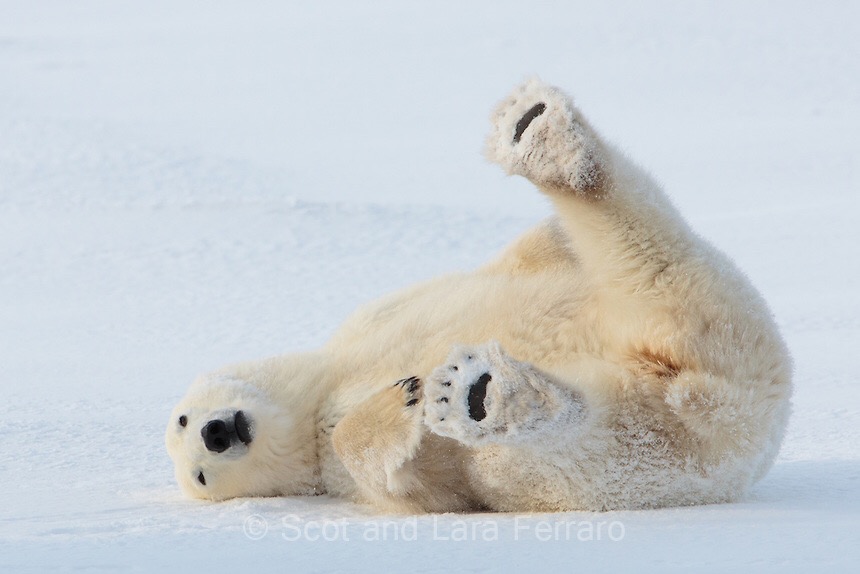 Why? Because the limbic system interprets the signals from the environment as too ‘hostile’, and that same old system kicks in: which enables a crocodile to lie dormant in mud for months; or a bear to hole up in a cave. We shut down; to wait for better days.

And here’s where the Hoover comes in. Because if you’re working yourself to the point your limbic system is about to blow a fuse – you have to stop; however exhilarating is the sense of achievement of getting more things done, or however great the pressure to do even more.

The test for hard-working diligent people is this; literally and metaphorically can you sometimes ‘leave the Hoover in the middle of the room’..? That is, can you visibly leave half-finished a task, you and people around you expect you to finish?

Ouch, guilt and fear of humiliation – that hurts…

Because if you can’t – and you don’t listen to your body and look after your mood, there’s only one place you’ll end up…. shattered, flat and feeling like hibernating.

This much I have learned in the past few weeks – if you want to avoid becoming a very grizzly bear, sometimes you have to leave the Hoover in the middle of the room. 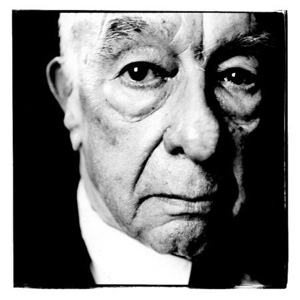 I spent last week wrestling other people’s demons. Could it be there isn’t a conspiracy? Could it be it’s not all about you? Why do we all jump so readily to self-centred conclusions?

In fact it’s a perfectly reasonable thing to do. The human version of Occam’s Razor – the simplest theory is generally the best; people are indeed out to get you…

Or at least that’s what two thirds of our brain thinks. The brain stem and limbic systems react instinctively and emotionally – mostly to protect us. The poor old neo-cortex has its job cut out to plod to a slow deliberate alternative. And a good thing too for most of human history.

But we are made for finer things these days. The ‘love of thought’ has been an organised pursuit for at least 3000 years and language for much longer. So hats off to W.V.O. Quine for expressing so perfectly how our rational brains work:

“We adopt, at least insofar as we are reasonable, the simplest conceptual scheme into which the disorganised fragments of raw experience can be fitted and arranged.” From a logical point of view (1953)

It’s still instinctive and still guesswork, but at least we think it’s rational…

And that’s why we jump to conclusions. The human animal is wired to discern intent, develop belief and divine agency; even when it’s not there. It’s the simplest way to ‘fit and arrange’ those disorganised ‘fragments of experience’.

It’s happening to me, so it must be about me – except most of the time it isn’t. And Quine’s gimlet eye above invites us to take that thought very seriously. 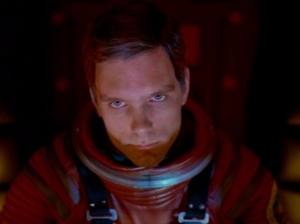 David Servan-Schreiber wrote about the power of breathing in his book ‘Healing without Freud or Prozac’. Basically if you can breathe at 6 breaths a minute you automatically convince your body and mind that all is well. Your ‘limbic system’ selects neutral and goes into a state of relaxation – and quietly puts into gear your immune system to do routine maintenance. Your head convinces itself that all is in good order too.

So steady breathing is clearly a good thing to do. It fixes your limbic, tunes up your endocrine and settles your cognitive systems. But what’s interesting about breathing 6 times a minute, is that it’s very hard to do. If you are agitatated, active or at all anxious you can’t do it.

I was reminded how hard it is watching ‘2001: A Space Odyssey’. The film is slow, often majestic but but frequently claustrophobic and disquieting. And nowhere is it more claustrophobic then when you are virtually ‘in’ the spacesuit with Dr. David Bowman, breathing steadily, but strenuously as he prepares for and makes his lonely space walk in the sequence I’ve just watched.

The astronauts set out to fix a malfunction set up by the rogue on-board computer HAL. They surreptitiously discuss the potential need to disconnect HAL’s higher ‘brain’ functions to enable them to use his basic systems to run the space ship. Bowman wonders momentarily what HAL might ‘think’ of that – HAL’s single red ‘eye’ compulsively scans their mouths to lipread. We conclude HAL might not like that.

The combination of Kubrick’s perfectionism and Arthur C Clarke’s imagination is still a powerful one. I challenge anyone to watch this sequence and calmly breathe at 6 breaths a minute. Breathing both signals and drives the state of our nervous system. Even if the head says it’s fiction, finding yourself alone with HAL 9000 listening to the strenuous breathing of Dr Bowman makes the nervous system very nervous indeed.