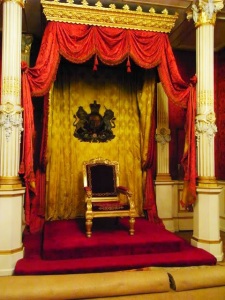 Important to give credit where it is due, so here’s a plug for Sarah Bakewell’s ‘How to live: A life of Montaigne in one question and twenty attempts at an answer’.

I’ve found it a very good introduction to Montaigne the man, but I’m also enjoying finding out about his era of pre-enlightenment/renaissance France and how views of Montaigne changed in later centuries as people judged him and read him through the prism of their own times.

Robert Graves’ ‘Count Belisarius’, the last great Roman General I’ve written about before, was similarly (if fictionally) revealing of the era of Constantinople at the head of the Holy Roman Empire and the many fractious tribes of Europe and Asia Minor. These are periods and places which aren’t always part of the simplified historical narrative of why the world is currently as it is.

Several of Bakewell’s references are worth reprising – first a Spanish theologian (I wonder who?) opined that no state could be at peace “…if everyone considers his own God to be the only true God… and everyone else to be blind and deluded.” Surely, as true of our own personal opinions and beliefs as it is of nations.

But the pick of Montaigne for me is:

“On the loftiest throne in the world we are still sitting on our own rump.”

A reminder to let go of status, do as one would be done by and to live simply and well.