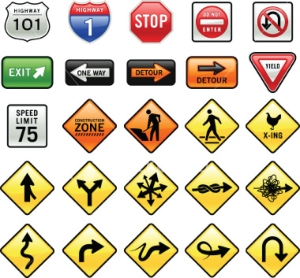 I read a fascinating article this week which gives the theoretical underpinnings – and even an equation – to make transparent why we are opaque.

Indirectness, innuendo, plausible deniability and nuance are all tricks of language we learn. But on the face of it they seem inefficient, unclear and downright unprofessional.

I’ve often felt put out – particularly at work – when people pull me up and say ‘what exactly do you mean’, or ‘what exactly are you suggesting?’ I sometimes find these sorts of questions irritating – even scalding. When the topic is complex or involves others, being suddenly pulled up can leave me feeling undermined, impugned or misunderstood. What’s going in feels far worse than a simple accusation of imprecision or rambling. Now I know why.

Steven Pinker of Harvard explains it all very straightforwardly in his 2007 paper ‘The logic of indirect speech’ which is vividly brought to life in an RSAnimation. Paraphrased in a [I admit large] nutshell, he writes:

Humans employ several, mutually incompatible, modes of cooperation and, as a result, are extremely touchy about their relationships. With some (typically family, lovers, and friends), they freely share and do favours; with others, they jockey for dominance; with still others, they trade goods and favours.

The ‘dominance’ relationship is governed by the ethos, “Don’t mess with me.” It has a basis in the dominance hierarchies common in the animal kingdom, although in humans, it is based not just on brawn or seniority but on social recognition: how much others are willing to defer to you.

The ‘communality’ relationship conforms to the ethos, “What’s mine is thine; what’s thine is mine.” It naturally arises among kin bound by shared genes, within monogamous pair-bonds, bound by their shared children and by close friends and allies bound by shared interests. It can be extended to others by nonverbal cues of solidarity such as physical contact, communal meals, and shared experiences.

The ‘reciprocity’ relationship obeys the ethos, “You scratch my back; I’ll scratch yours.” It has an evolutionary basis in reciprocal altruism. It is usually signaled by fair exchanges or division into equal portions but, unlike the other two relationship types, can be negotiated by people via explicit verbal contracts.

The need to preserve our relationships while transacting the business of our lives can thus explain humans’ tendency to fill their lives with innuendo, hypocrisy, and taboo.

So now I understand why I sometimes say things in less than transparent ways at work – and feel put out when people don’t get my subtle drift. There’s always a complex interplay of ‘dominance’, ‘communality’ and ‘reciprocity’ in the workplace. It’s the most obvious place where the constantly shifting balance of cooperation and competition between humans means clarity isn’t always appropriate, realistic or welcome.

As Pinker shows, human relations are too just complex for plain speaking, sometimes we have to take the indirect route.