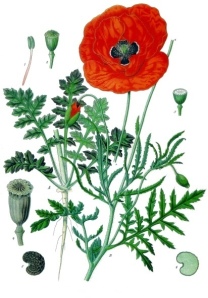 On holiday in France, I started reading Herbert McCabe on St Thomas Aquinas. I’d heard Sir Anthony Kenny in a ‘Philosophy Bites’ podcast describing Aquinas as deserving as much attention from we moderns as Aquinas himself paid to Aristotle in his day – a great medieval foundation on which to build.

On a prominent bookshelf, in the holiday home we were staying in, Aquinas merited two volumes – Aquinas I and II – in the leather bound ‘Britannica’s Great Books of the Western World’. Only one other philosopher got two whole volumes… you guessed it – Aristotle. Good references then.

I’m too early into Aquinas to know how much is him and how much is McCabe building on him. But reading McCabe’s account, a whole series of philosophical concepts and ideas which I ‘learned’ at University are now a lot clearer to me.

Souls, existence and being are all brought to life, but also the significance of language. I never really got why modern philosophers were so hung up on language. Yes it’s an important skill, yes it codifies our world, but presenting it like maths is to science – underpinning everything we are, think and can know of the world – seemed to overrate ‘words’ to my undergraduate mind.

Take ‘redness’ I can accept your idea of red might overlap with mine, or be subtly different or be missing altogether if you’re colour blind. I can further accept my dog or a leopard might see it differently again, and a plant not at all. But as a good post enlightenment ‘atomist’, I felt ‘redness’ was ‘real’ not subjective. Whatever jingling of photons against molecules it is, ‘red’ for me was the name for a real ‘observable’ characteristic of the handsome poppies dotted in the wheatfields of Charente-Maritime.

I’m attracted by McCabe’s account that the big difference between a car and a cheetah, is one is made of parts, the other is only comprehensible as a whole. One can be taken apart and put back together again, the other can’t. One can exist uniquely as the only one of it’s kind, the other requires mates, progenitors and offspring to come to exist and continue to truly exist.

And so it is with humans. What we call ‘red’ is the product of millions of years of evolution and thousands of years of language – in an unbroken physical, linguistic and cultural chain. This unbroken chain can be ‘atomised’ into its constituent parts – which certainly helps us to grapple with what is and isn’t ‘red’, but that doesn’t really capture the phenomenon or the ‘phenomenology’.

What I call a poppy, Montaigne would have recognised as a pavot, Aquinas as a papaver and Aristotle as a παπαρούνα. Same sensory apparatus, languages from the same family tree, many common cultural references. Different words, similar – although never exactly the same – human experience: ‘redness’.

Being part of that unbroken chain of evolution, languages, knowledge and ideas is far richer than photons bouncing off a lattice. It’s good to look at the parts, but as Aquinas reminds us, it is the whole which is the special bit.